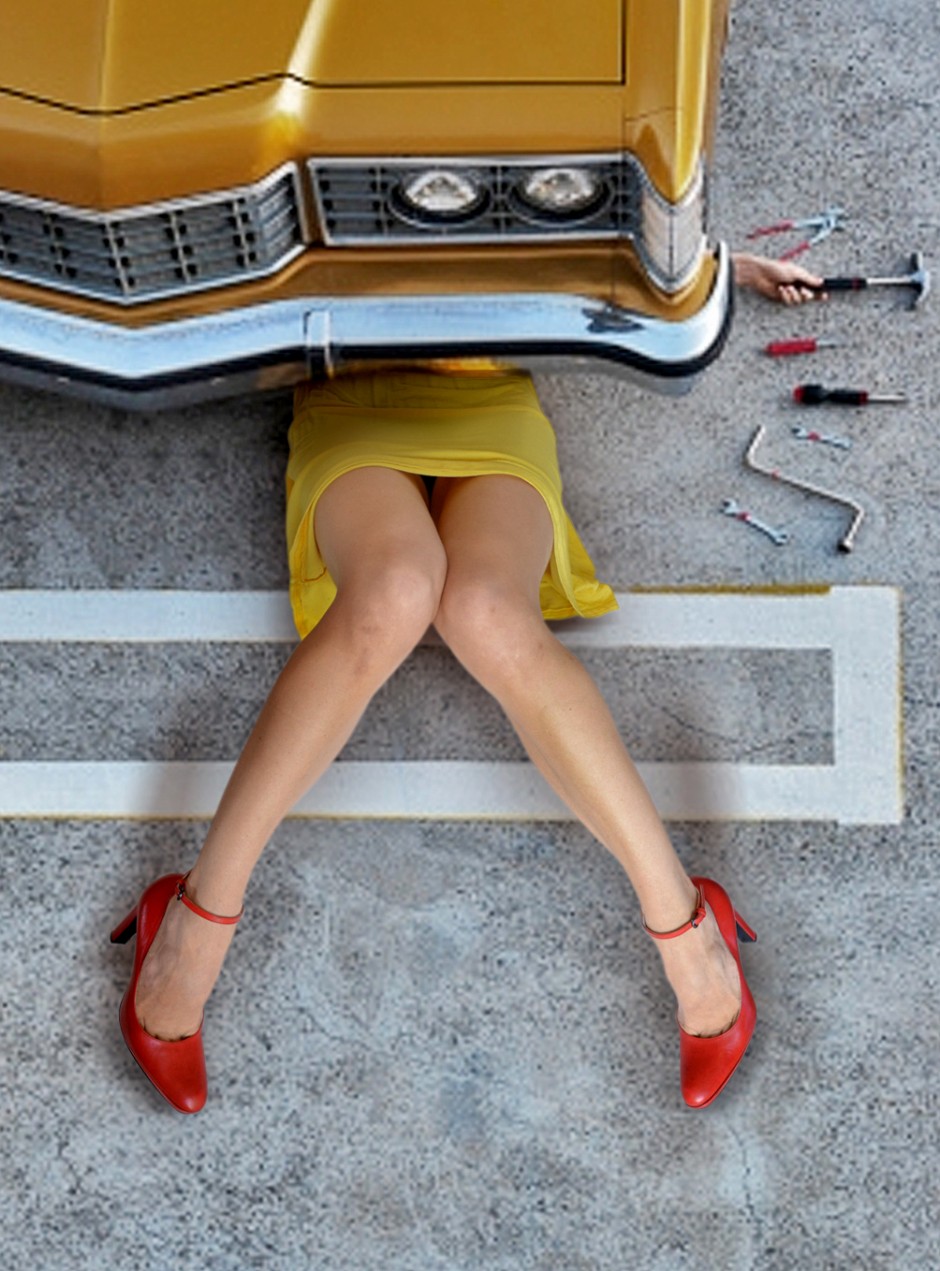 Thelma and Louise is one of my favorite movies, and that's not because of (the oh so hot back then) Brad Pitt. It's the girls, their friendship, the "against all odds", the freedom. And well, if there is a cool car involved (plus a pair of Ray Bans and a vintage hairscarf: love it!) even better!

So, when I heard about a trip to Berlin (boyfriend is DJ-ing and am accompanying as groupie) was of course determinend to make it as adventurous a road trip experience as in the movie. My best friend will be played by my shoes, BF will be Brad Pitt, and the car ... well just in case I need to invest in new heels in BRD, I thought it would be smart to borrow a car from friends instead of renting.
Friend A just had his third kid and has adjusted his car like some children's cradle (everything so safe I couldn't even get out of the door and the child seat), friend B said he would love to but needed the car himself (honestly: I could see in his eyes that he was afraid his Audi would suffer the same fate as in Thelma & Louise (though cliffs are rare in Germany), and the moment I saw the rusty old banger we could actually borrow from Friend C, I knew we wouldn't make it over the first hump in Amsterdam.
Me lying under a car trying to fix it somwhere along the Autobahn? Ergh...think again. We are so taking a plane. Hit the air Jack!