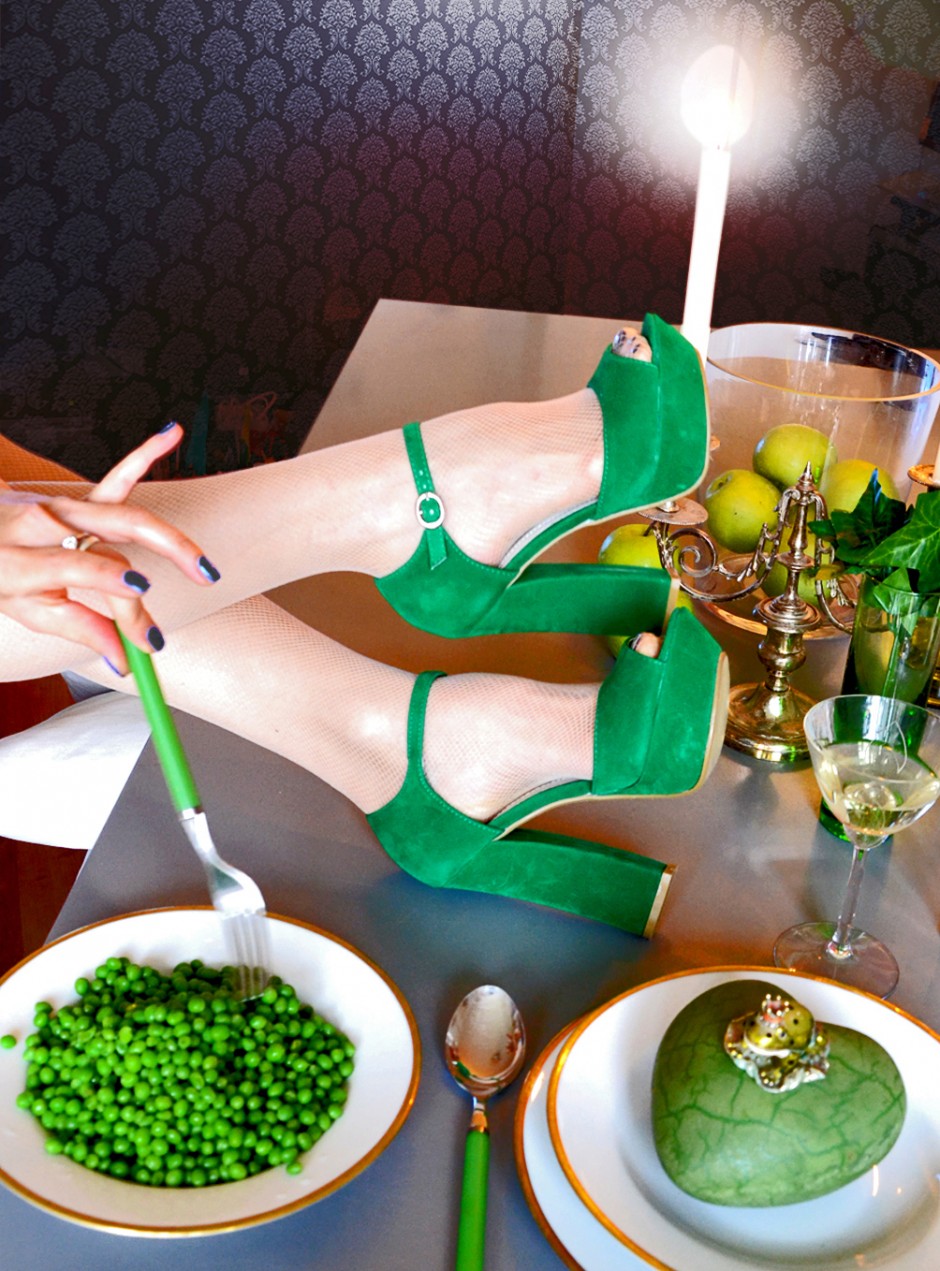 If you ever wondered what happened to the prince and princess in the Grimm's fairy tale, "The Frog Prince", after they kissed, I am about to tell you.
Other than a lot of other cases in which fairy tale couples got divorced or estranged right after the happy ending (aka "real life": just saying Snow White!), they really became inseparable and lived happily ever after.

Princess turned casa into a shoe- castle, playing with heels from the moment she dropped stupid golden ball into pond (on purpose), and Prince started a successful career as DJ. Needless to say they would share golden plate, golden cup and four poster bed forever. Unfortunately Princess would very much become "Princess and the Pea" without Prince around (aka couldn't eat, couldn't drink, couldn't sleep... must.get.distracted.and.buy.new.heels). More a nightmare than a fairy tale (both for appearance - think dark circles under the eyes - and bank account).

But yipieh- princess's lonely days in shoe-castle have ended and she won't have to pick peas on her own anymore. Prince returned from DJ gig in Cape Town - and guess what: Princess didn't even have to tell him that she bought new shoes in his absence. He had already guessed.