Parrot of the Caribbean 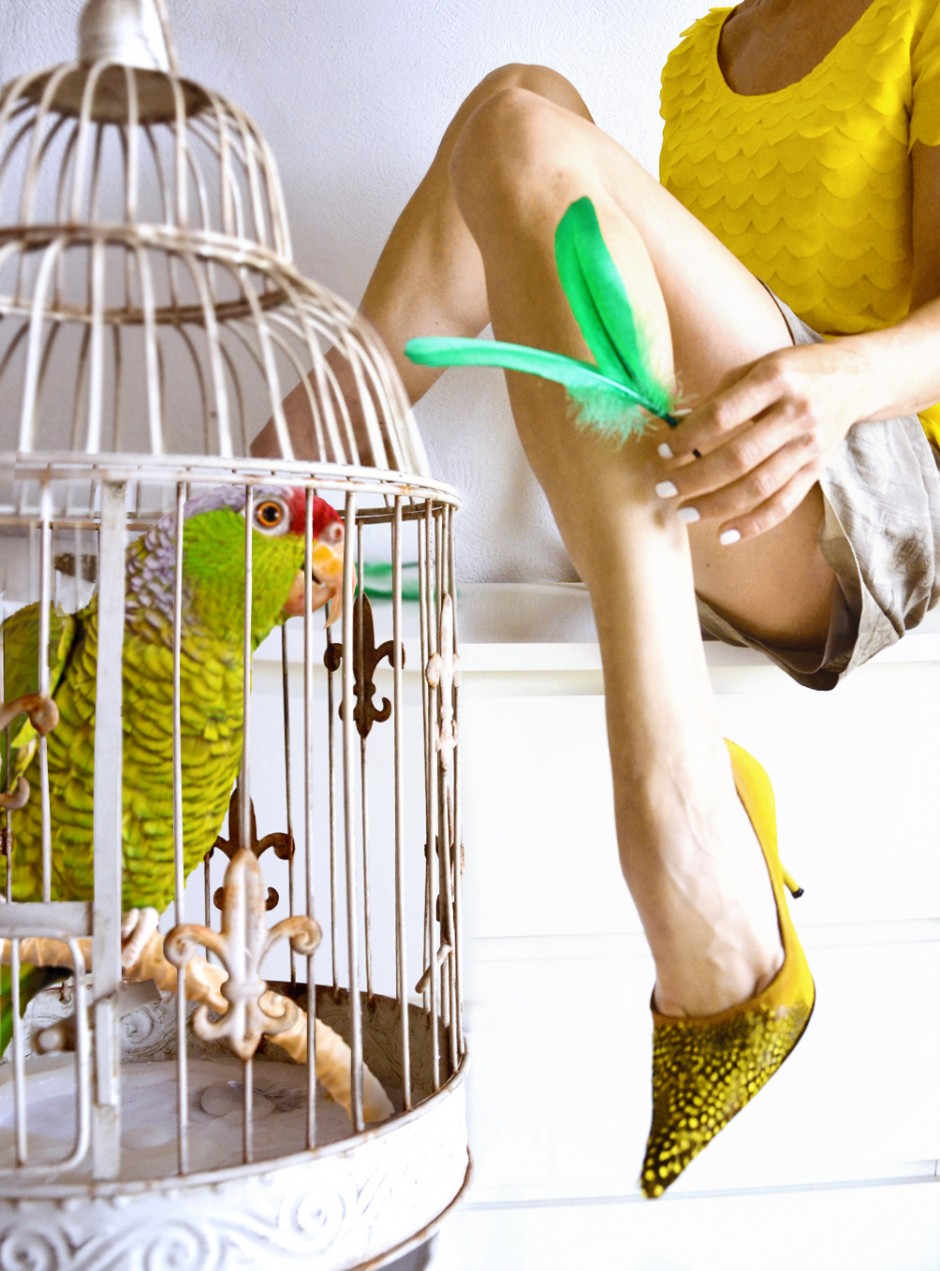 Am not at my best early in the morning until I’ve had at least two espressos, jabbed some Touche Éclat under tired eyes, and decided what to wear. Before that, I prefer to wear a sign hanging around my neck warning everybody: do not talk to me. This being said, all of the above has yet to be done as I trot home from early morning trip to supermarket (description of outfit would be irresponsible and will therefore be skipped) when I hear a sharp wolf whistle behind me. Not in the flirty mood at all (how dare you whistle at a lady, even if she is still in her PJs), I ignore the affront. Except it doesn’t stop. At all. Must have secret admirer with “bad hair day” fetish.

Half an hour later, in full heel gear and with slightly improved mood, I notice the (now really irritating) sound still continues outside. Peaking on street like an old woman behind the curtains, am now really annoyed that someone is obviously whistling at every single person in the street.

In full rage I decide to dash downstairs to put this pushy chap in his place. Street’s empty. No one there to accuse. Turns out the neighbor had put his (freshly imported from the Caribbean) parrot in the window.
*blush* .

Wonder if the quote “I have a bone to pick” could officially be changed to: “I’ve got a parrot to pluck”: feathers are so summer 2012!