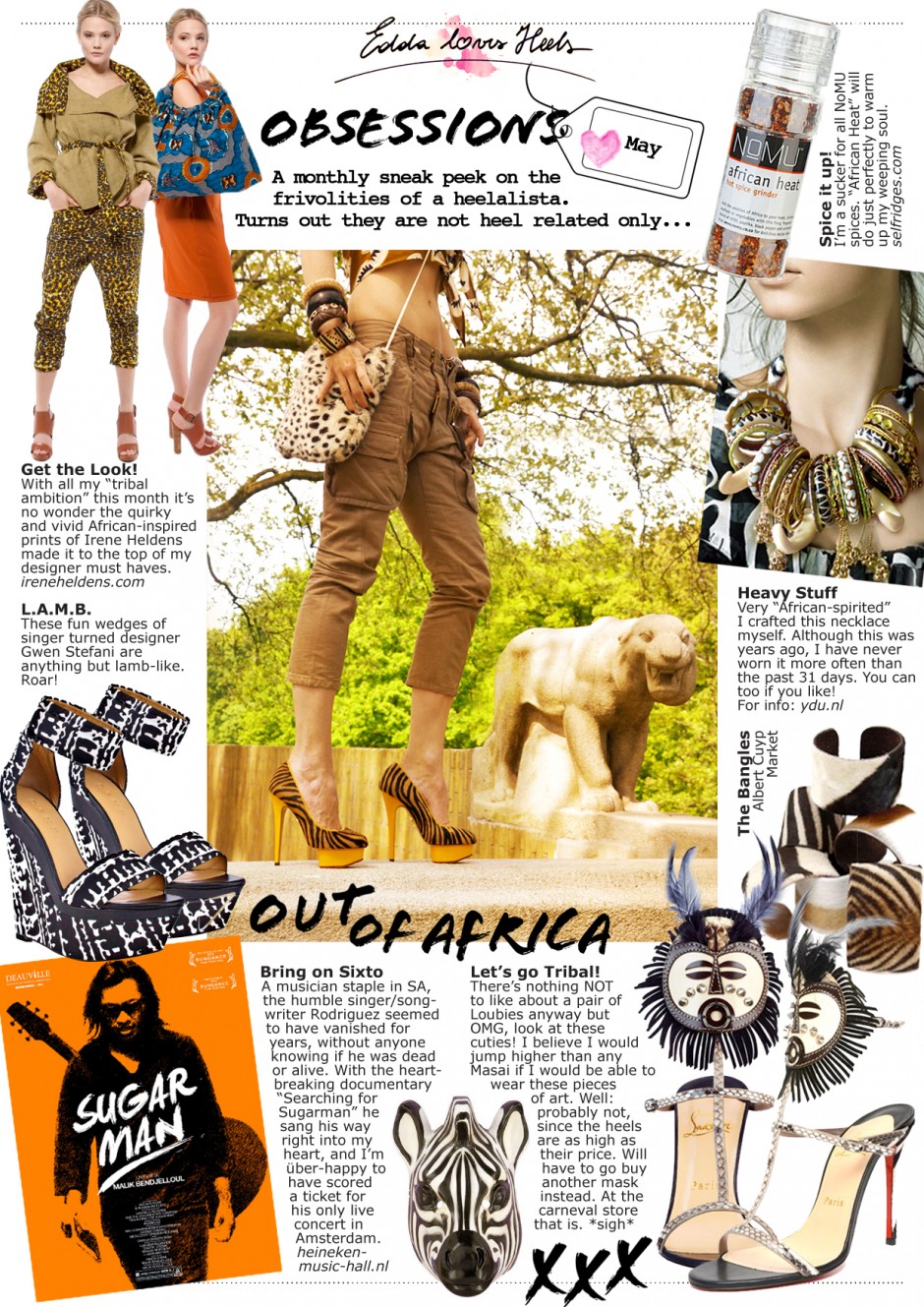 Since my ambitions to visit my dream-continent and aquaint it with a couple of my heels to more or less “rumble in the jungle” failed miserably, I found myself very “Out of Africa” indeed. Weeping over the missed chance to fly to Joburg I clung to books, pictures, music, films and anything else with some kind of African flair, plus most of the time I dressed like some escaped bush-native decorated like a christmas tree. The tribal version than. Freshly Ground (SA Afro-Fusion band) and Arno Carstens (SA singer) became my best friends while I daydreamed of being Meryl Streep, lounging with a glass of (South African) wine somewhere in the steppe, desperately awaiting my Robert Redford. A pity Robert never showed up and the steppe just turned out to be my couch. *deep deep sigh*

The only good thing to come from not making the trip: I spared some money, so was able to actually buy myself one of these African inspired high heels I have become so obsessed with. And I am now a pro in contemporary South African dance (aka moving wildly and uncoordinatedly, burning shit loads of calories). Ready for the next braai* bro!